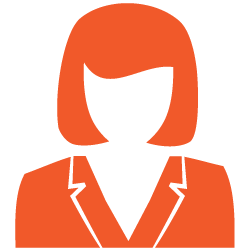 Part of my job is to keep the office snack jars full. The team works all sorts of crazy hours so having a supply of biscuits, chips and lollies available keeps they firing around the clocks. It's amazing how much food they go through sometimes! I try to get our snacks from wholesale food suppliers to keep control of the snacks and make sure that we can have a good range of the food we offer. If the team is happy with their snacks, then so am I! This blog is for other office managers in charge of the snack supply.

An increasing number of people are discovering the …

Ginger is a common ingredient in both sweet and sa …

Read More
The Sweetest Thing: Hints And Tips For Organising A Confectionery Bar At Your Wedding Reception
7 July 2017

Planning a wedding reception is always a complicat …

If you have coeliac disease or have a friend who c …

Read More
Restaurateurs: Preserve Flavour and Your Bottom Line With These Spud Storage Tips
4 May 2016

As a restaurant owner, you always have to think ab …

Ginger is a common ingredient in both sweet and savoury dishes around the world, and it is one of the most widely-used spices there is. Despite its frequent use in various foods, you don't often see fresh ginger used in drinks, which is a real shame.

The easiest way to use ginger in a wide range of different drinks is to make a syrup. It might sound complicated, but it's actually a very straightforward process that saves a lot of time compared to using fresh ginger every time you make a drink. Its flu-fighting abilities and warming effect make ginger a good addition to autumn and winter menus, but it's a welcome addition all year when you do it right. Here's how.

If you've ever made simple syrup for use in cocktails, making ginger syrup should be quite familiar. If you haven't, you shouldn't find it difficult at all.

First, get a small pan and add the water and sugar. Put it over a moderate heat and leave it, stirring every now and then, until it comes to a boil. Once it's boiling, reduce the heat to medium-low, stir the ginger through, and bring it up to a gentle simmer. Let it bubble for about five minutes, take it off the heat, and leave it for another 20 to 30 minutes.

Once the ginger has infused nicely, strain the syrup through a fine mesh sieve or cheesecloth, repeating several times if you need to until all the bits of ginger have been removed. You can either throw the ginger away or use it in cake recipes.

When the syrup has cooled fully, put it into a sealable bottle and keep it in the fridge. It will stay fresh for about a month.

Any cocktail that uses syrup can be spiced up with an extra kick by using ginger syrup. Try it in a whisky sour or mojito, or get creative with a new dimension in your own cocktails.

Alcohol aside, you can add ginger syrup to teas and coffees, which is a particularly popular flavour when it's chilly out. You can even make a basic but delicious hot drink with just syrup and hot water.

Finally, ginger is a brilliant flavour for adding to juice and smoothies, and its health benefits give these drinks a big boost. You can buy minced ginger both online and from your local shops.